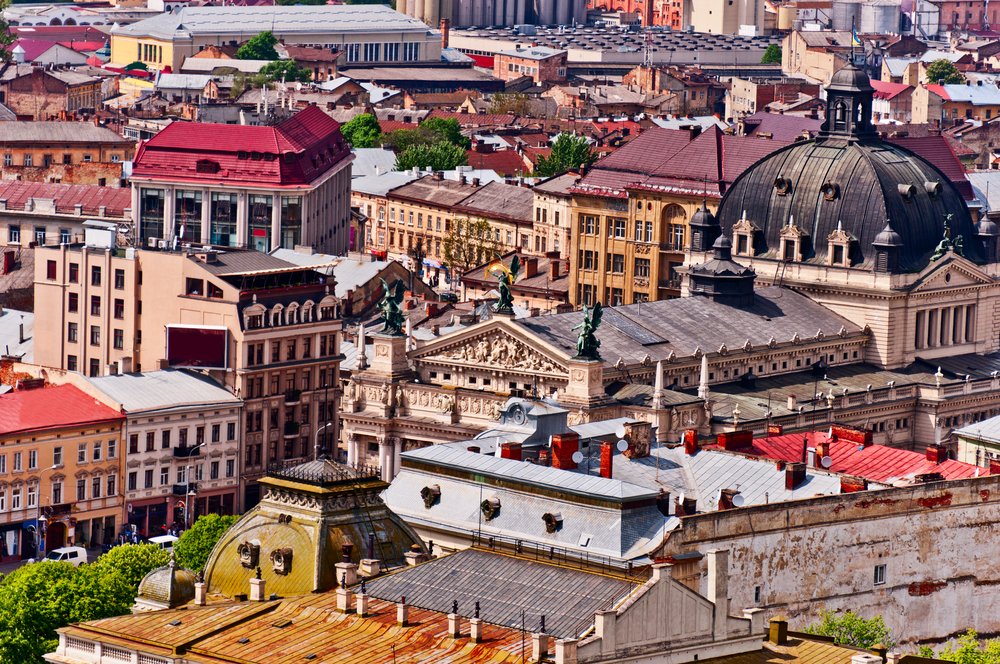 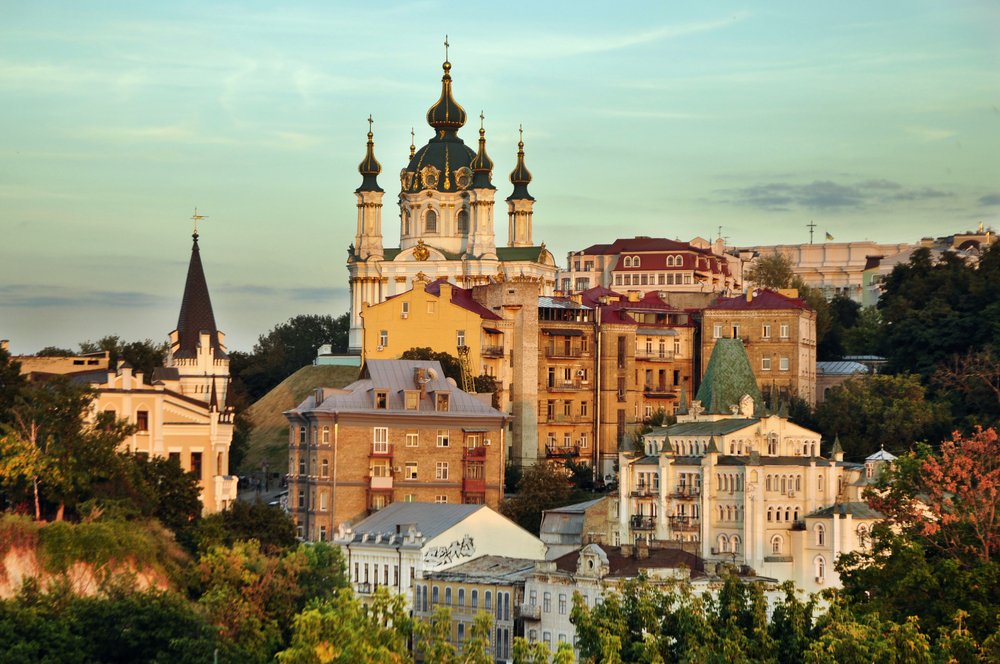 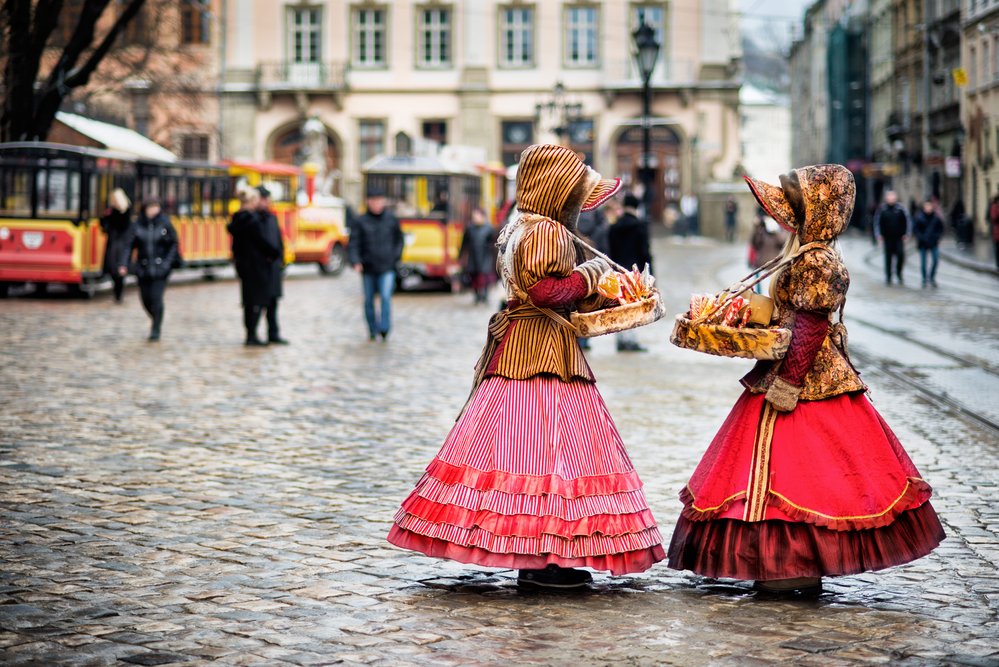 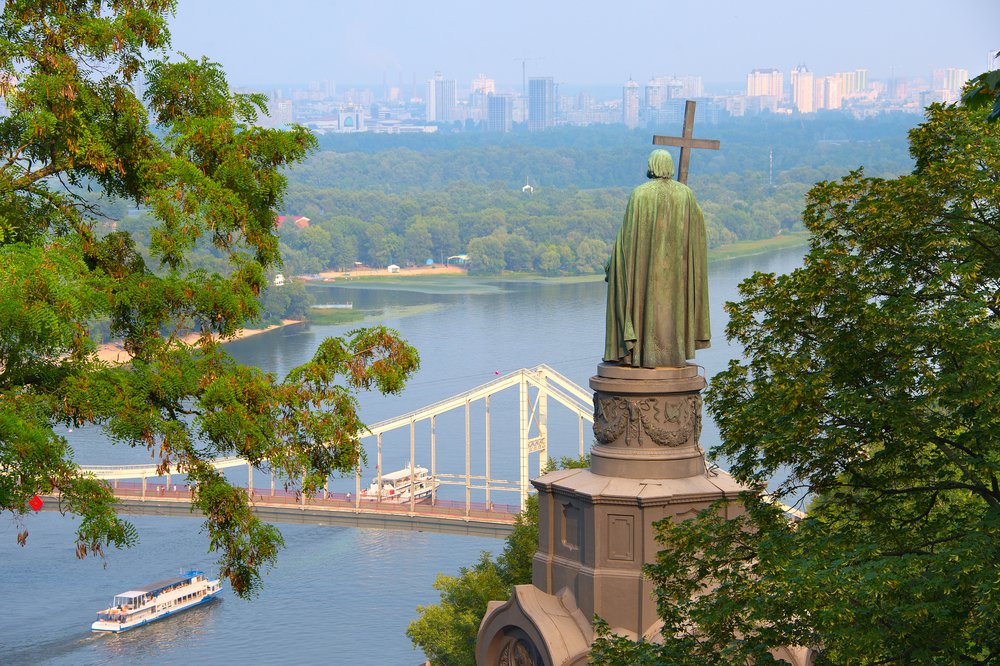 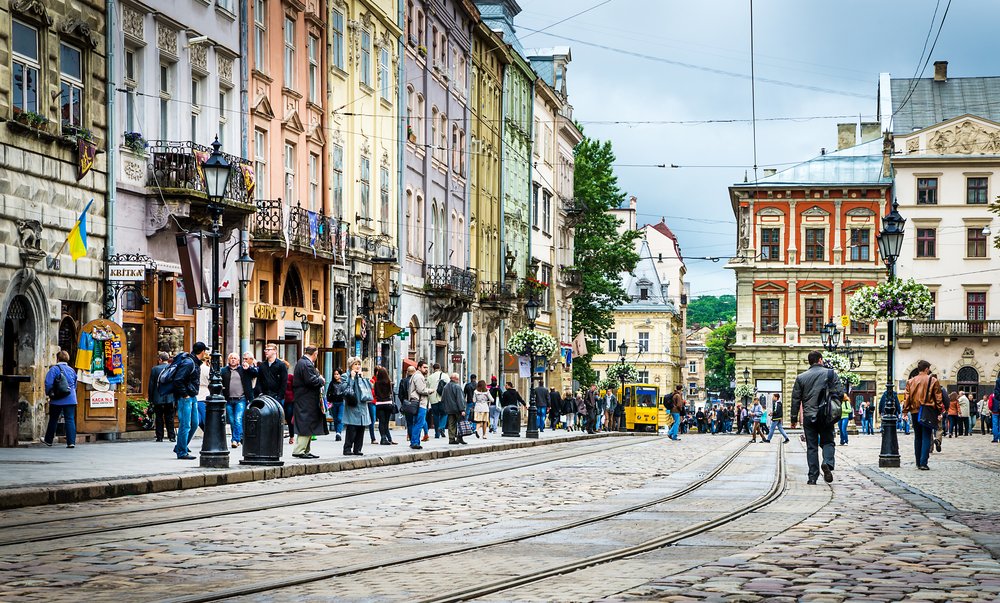 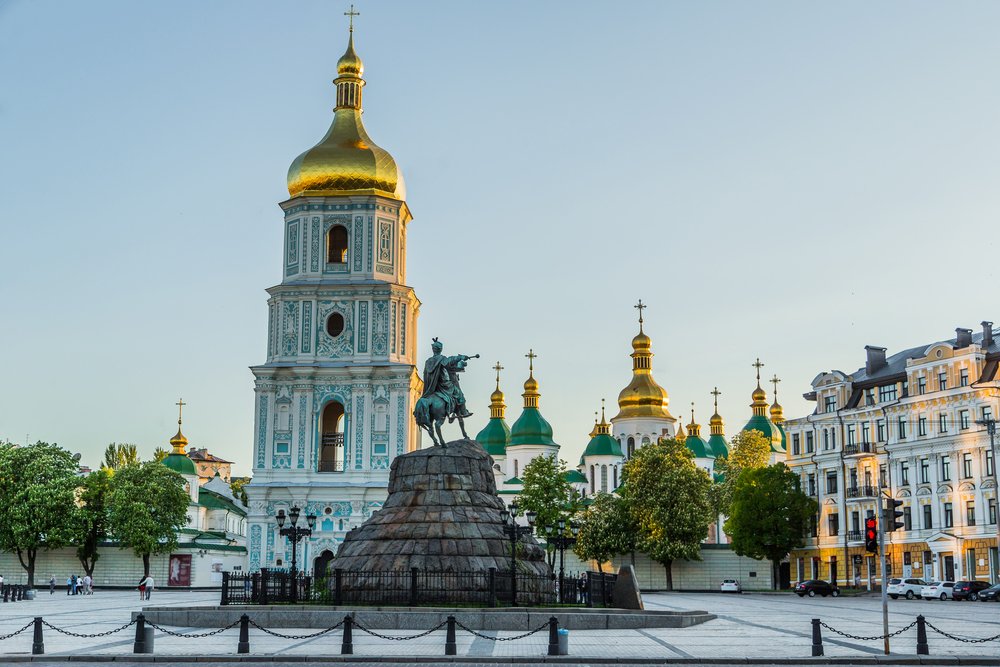 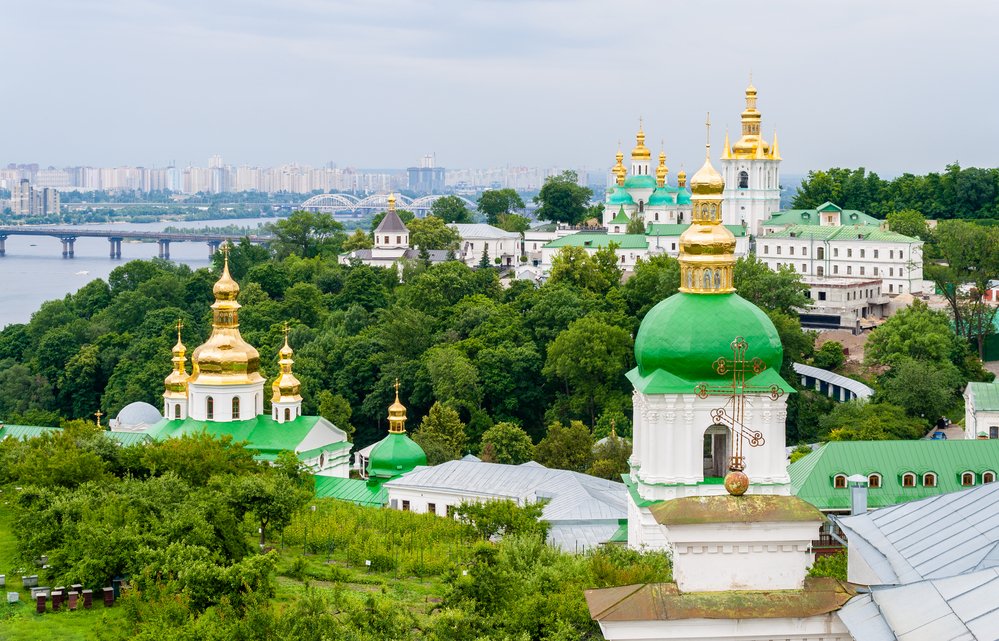 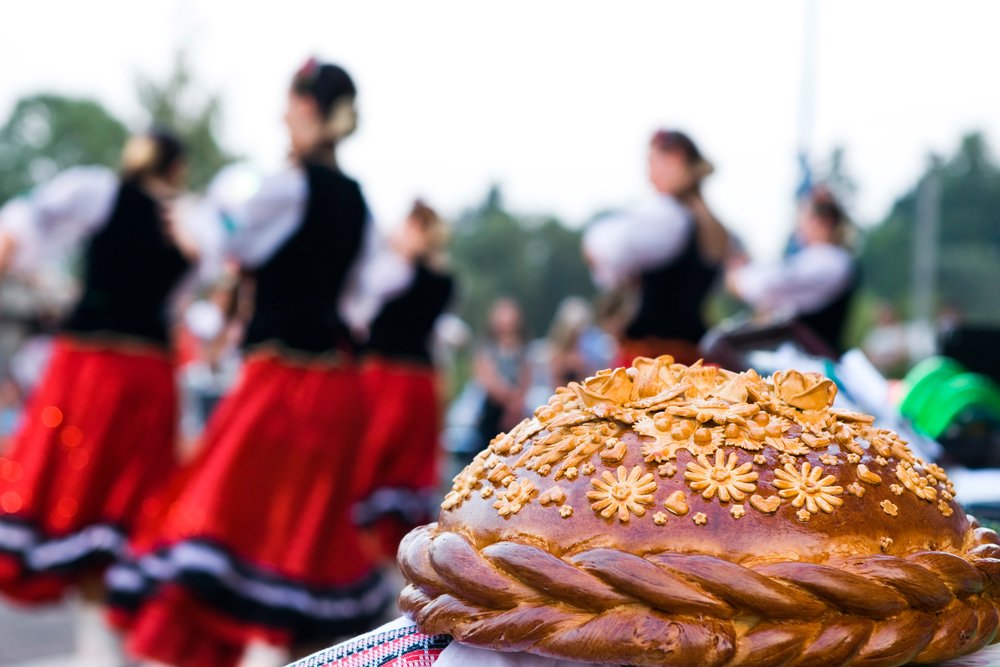 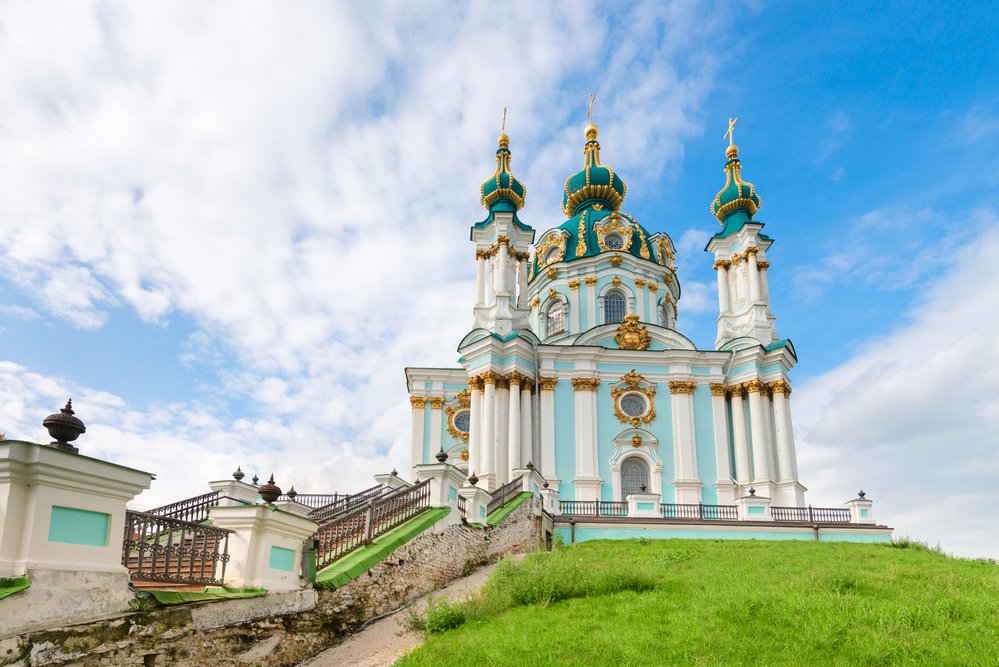 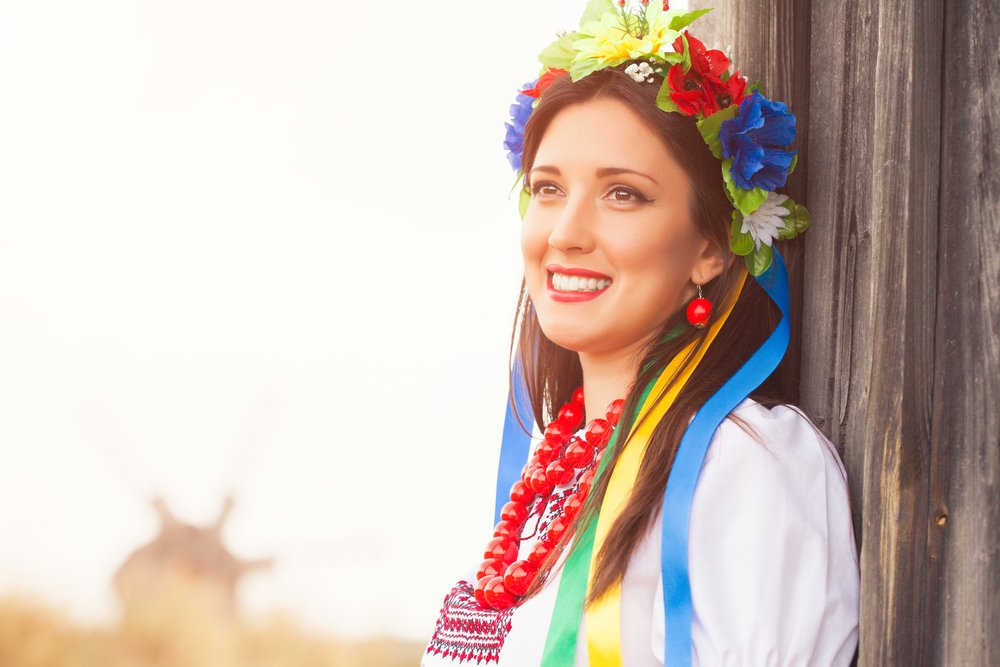 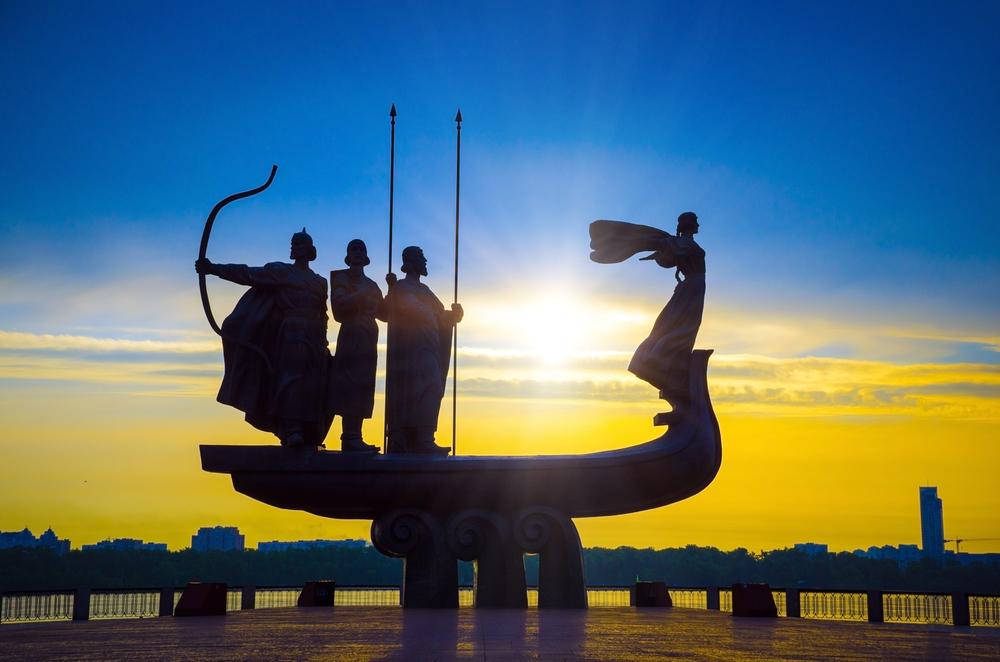 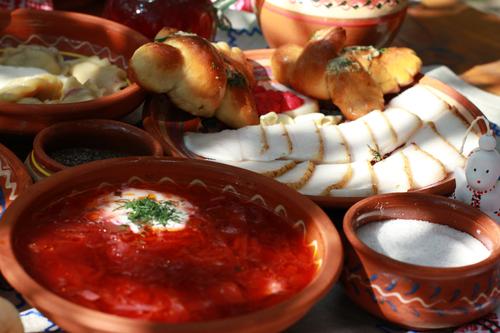 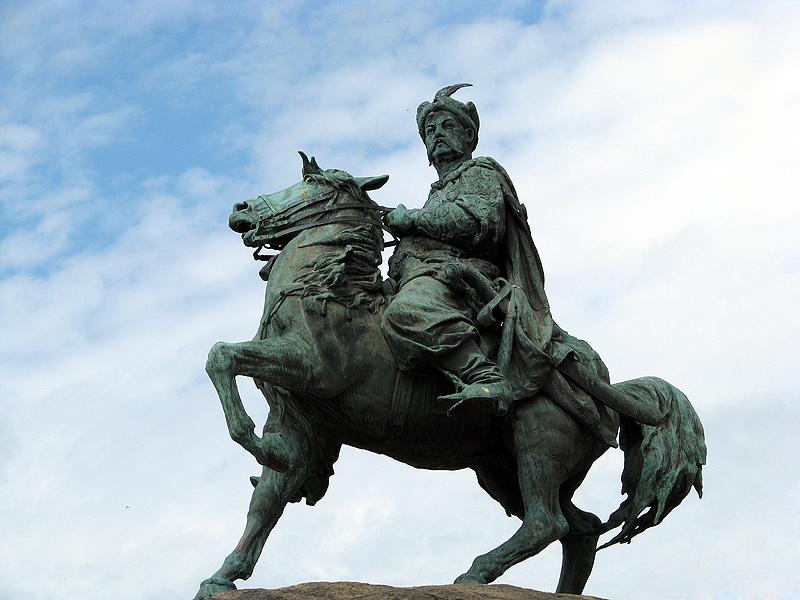 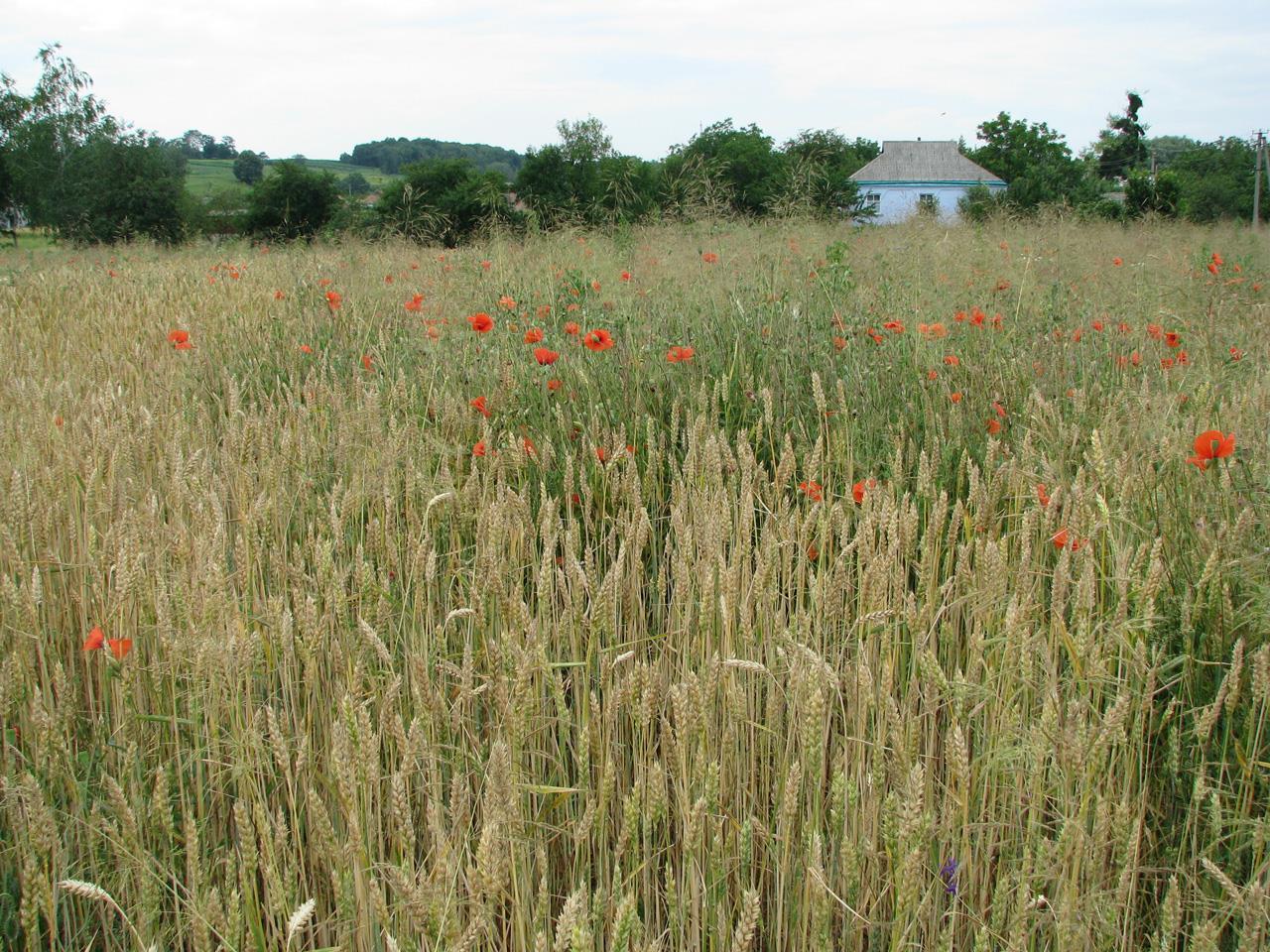 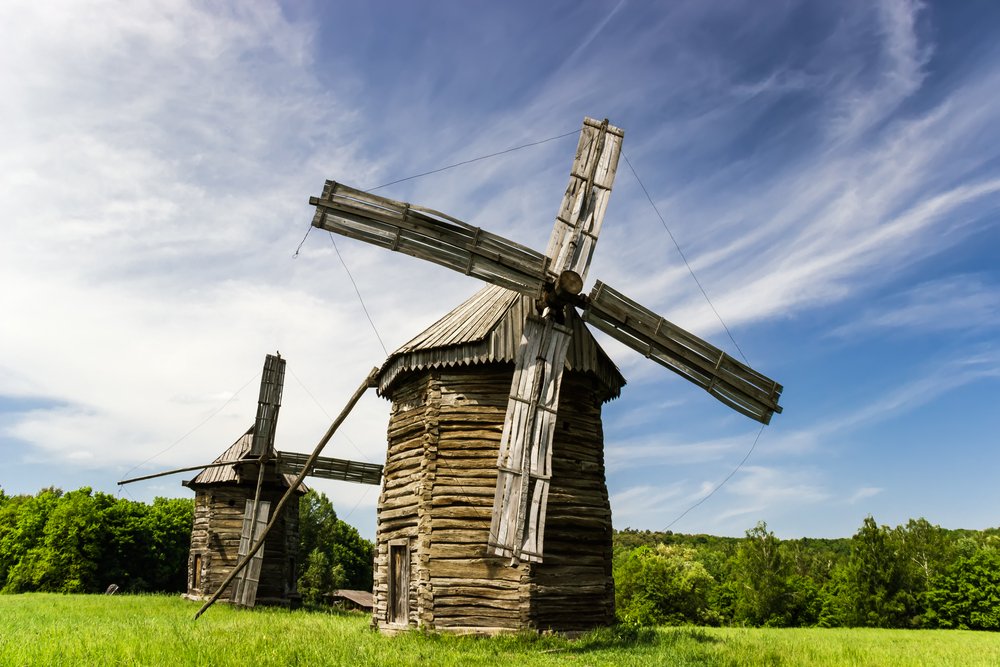 Group size
2-14 people
Season
All year
Duration
6 days
Departs
Saturday
Starts
Kiev
Ends
Lviv
Countries
Ukraine
Cities
Kiev, Lviv
Price
from £695
Reservation
View dates and prices
This 6 day tour combines two very different Ukrainian cities: the capital Kiev and elegant Lviv. In Kiev, you’ll visit UNESCO-listed churches and a fascinating cave monastery. There’ll be time to explore the characterful cobbled street Andriyivsky Uzviz and visit the Golden Gate, one of the city’s most recognisable landmarks. Travel by high-speed train to Lviv, where you can enjoy the city’s buzzing café culture and central European elegance, as evidenced by the many churches, towers and mansions built by the wealthy elite.
SAVE UP TO £250 PER PERSON
THE SOONER YOU BOOK, THE HIGHER DISCOUNT YOU GET. SALE ENDS 31 MAY 2021
FREE CANCELLATION UP TO 2 WEEKS BEFORE DEPARTURE
Visit "Special Offers" to get discount codes and view the sale calendar
IncludedServices included in the package price.
Not includedServices not included in the package price.
Compare tours Inquire Create travel brochure online Download tour dossier in PDF Discuss on Facebook Discuss on Travel Forum
Optional extras and upgradesMake your trip more rewarding. View options.
Practical informationAll you need to know about Go Russia packages.
Kiev
ItineraryAccommodationOptional

Chernobyl Guided TourOur full day tour inside the 30km exclusion zone around Chernobyl affords a unique opportunity to see the remains of the nuclear power station which was the site of a terrible accident in 1986. Today, the nearby city of Pripyat lies abandoned. It’s safe to visit – the amount of radiation you’ll get is the equivalent to what you’d experience on a two hour flight and less than having an X-ray. On the tour, you’ll see apartments which still bear witness to this disaster that led to the hurried evacuation of over 50,000 residents.
£245 per person
Read more Send request

Day 1
Transfer from the airport to the hotel
Welcome to Ukraine. We’ll be waiting at the airport to greet you and take you to your hotel. After check in, the rest of the evening is free for you to do as you wish.
Day 2
Kiev Guided City Tour
It’s time to get acquainted with Kiev. The Ukrainian capital is easy to navigate thanks to the walkable centre and the Dnepr River which bisects the city. One of the great joys of visiting Kiev is to visit its beautiful churches. The UNESCO-listed St Sophia Cathedral boasts some incredible mosaics, frescoes and no fewer than 13 domes. The St Archangel Michael’s Golden Domes Monastery, which dates from the 12th century and the 19th century Vladimir Cathedral with its colourful murals are also must-sees. While you’re exploring downtown, don’t miss the Golden Gate, an impressive arch that was originally constructed on this site in 1037 and extensively rebuilt in 1982 into the landmark you see today. Finally, we’ll take you for a stroll along Kreshatik Street, Kiev’s main thoroughfare.
Day 3
Guided Tour to Kievo-Pecherska Lavra
Visit to Andriyivsky Uzviz
We begin today’s sightseeing programme with a visit to Pechersk Lavra, known in English as the Monastery of the Caves. Located within the city, this Orthodox Christian monastery dates back to 1051 and is also on the UNESCO World Heritage site list. It’s still a working monastery, with about 100 monks in residence. But what draws curious tourists to the caves is the sight of glass topped coffins, the final resting place of the mummified remains of former monks. In complete contrast, we return to the city centre and set our sights on Andriyivsky Uzviz. This steep, cobbled street is one of Kiev’s most famous and is a magnet for travellers thanks to its many cafés, art galleries and souvenir stalls. At the top, visit the gold and blue St Andrew’s Church.
show full description hide full description
Kiev / Lviv
ItineraryAccommodation

Hotel Panorama 4*,
Lviv"Panorama Lviv Hotel" in the heart of the city is highly appreciated by its guests thanks to excellent service and great location near the Lviv Opera House. The hotel has 51 rooms in contemporary style, 12 single rooms, 21 double rooms, 8 twin rooms, 5 junior suites, 5 suites "Opera", restaurant Panorama with a terrace overlooking the city centre and an equipped gym. In each room you will find: an AC system / heating, 32` LED TV with USB port, cable TV, wardrobe, a working area with a desk, mini-bar, telephone, Wi-Fi, cosmetics kits for personal care, hairdryer, bathrobe and slippers, towel heater, a comfortable bed and a fully equipped bathroom with shower.

Hotel modern art 3*,
LvivModern Art Hotel is located in the very centre of the city and stands out as a monument of absolute luxury. It’s known for its beautiful architecture as the building has survived since 1897 year. It combines a genuine Austrian charm with contemporary art. The hotels offers 38 comfortable rooms of different categories and Hrushevsky restaurant that is located on the ground floor of the hotel. There is also a spacious conference room (60 guests). In each room there is everything necessary for a comfort stay: a large bed with lovely linen, a spacious bathroom with a set of towels and a hairdryer, free Wi-Fi, a safe, a mini bar, telephone, TV, refrigerator, a desk, slippers and an iron board with an iron upon request. Laundry can be provided as an extra service.

Day 4
Transfer from the hotel to the railway station
High-speed train: Kiev - Lviv
Transfer from the railway station to the hotel
Today we’ll cross Ukraine to the city that many describe as the jewel of the west, Lviv. We’ll transfer to the railway station to board a comfortable, high-speed train. After a relaxing journey through the Ukrainian countryside, you’ll be met at Lviv railway station for the transfer to the hotel. Tonight, why not try one of the city’s most unusual restaurants? To enter Kryivka, a restaurant themed around the Ukrainian Insurgent Army, you’ll need a password. If you knock on the unmarked wooden door, an ‘armed’ guard will shout “Slava Ukraina!” To get in, reply “Heroyam Slava!” meaning “hail to our heroes” and then you’ll be allowed down to its red brick vaulted cellars.
Day 5
Lviv city tour
Lviv is Ukraine’s least Soviet city. In fact, you’ll notice that the architecture has more in common with that which you’d find over the border in Poland and across what was once the Habsburg Empire. That’s no surprise as both have ruled Lviv. It was lucky enough to escape being bombed in World War Two, so the churches, towers and grand houses of its historic core are largely preserved in their original state. During today’s city tour you’ll see the major sights such as the High Castle, National Museum, Gunpowder Tower and numerous churches. With its trams, cobbled streets and coffee houses, it’s easy to fall in love with the place.
Day 6
Transfer from the hotel to the airport
Today your Ukraine tour comes to an end and we will accompany you to the airport in good time to catch your flight home.
show full description hide full description
Dates and prices
Please read notes at the bottom of the table to learn more about the meaning of each pricing section
Travel package
Year of travel

See what our clients say about this tour
We are very happy to have served thousands of happy customers who travelled with us.
The tour guides were very knowledgeable and friendly! Keep up the good work! We had a very pleasant experience. Thank you!
Marty Jackson
January 2020
Tour guides in Kiev (Tanya) and St Petersburg (Tasha and Kate) were excellent. Also, Paul (the driver in Kiev) was excellent. He went out of his way to ensure we were on the correct train. Overall very happy with GO Russia's Organisation and Visa Application Process and I have already recommend to others wishing to travel to Russia.
Hayden Summers
June 2019
Especially good and important was being met by Go Russia representatives during travelling. Guides in St Petersburg and Kiev were excellent and very knowledgeable.
Lucy Clarke
August 2018
<>
Tour Route
Your trip route visualisation
Alternative Tours
These itineraries are designed to give you some suggestions for what is possible when you travel in Russia
<> 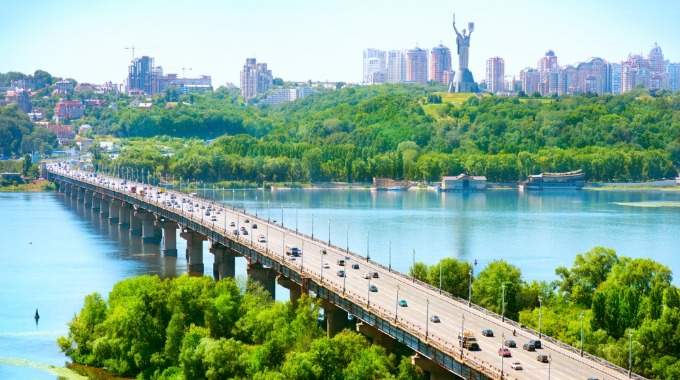 Kiev City Break (CB-34) 8 days | cities, from: £845 The Ukrainian capital is one of Eastern Europe’s most underrated city break destinations. This 8 day tour allows plenty of time to visit Kiev’s major sights, such as the Golden Gates and the magnifi... 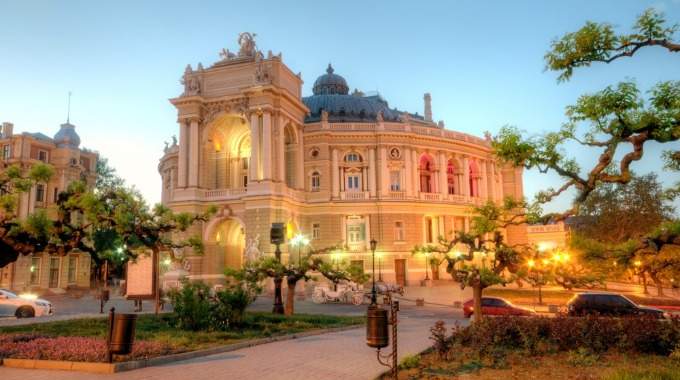 Kiev & Odessa Tour (CB-36) 7 days | cities, from: £795 Combine two of Ukraine’s most fascinating cities in this 7 day tour. Begin in the capital Kiev, where you’ll explore the many important churches of its historic centre. Walk along busy Kreshatik Str... 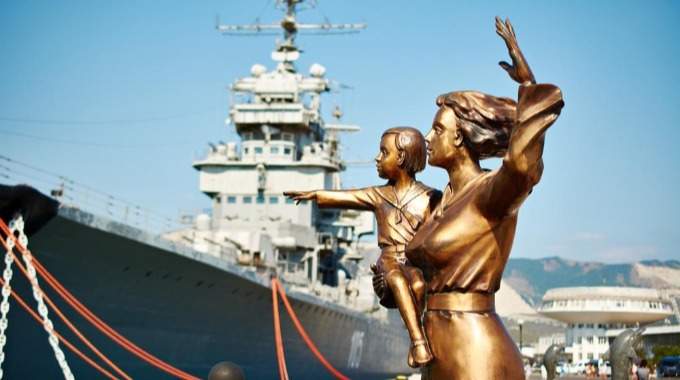 Great Discovery of Southern Russia: Sochi - Gelendzhik - Krasnodar (CB-33) 10 days | cities, from: £2,195 Overlooked by many overseas travellers, this comprehensive tour of Southern Russia takes you off the beaten track and into one of the most varied and interesting parts of the country. Whether you’re a bea...