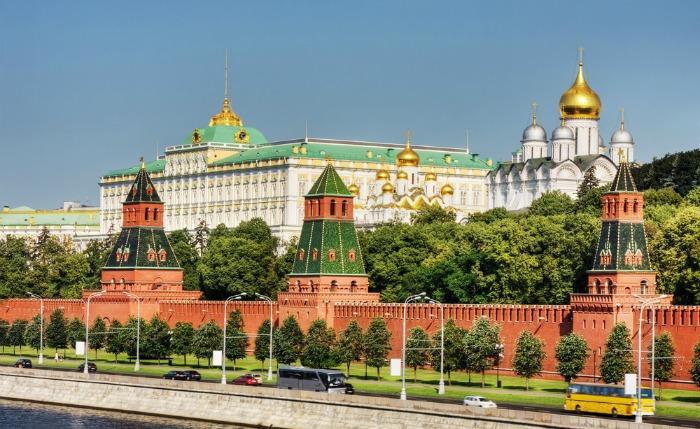 Kremlin - Russia's mythic refuge - is a self-contained city with a multitude of palaces, armouries, and churches. Though its name instantly sparks images of formidable walls, glistening onion domes, and cloistered rulers of eras past, the word "Kremlin" simply means "fortified town". The Moscow Kremlin is one of the largest museums in the world. State regalia, invaluable icons, and treasures of Russian tsars are all stored in the Kremlin chambers and cathedrals. You will also enjoy the Tsar Bell that never rang and the Tsar Cannon that was never fired. The Tsar Cannon is the oldest and largest cannon in the world. This huge gun is over 5.5 meters in length and weighs 40 tons. The Tsar Bell was supposed to be the biggest and clearest sounding bell in the world. Unhappily, before it was set, the bell cracked in a fire in 1737.

During the guided tour you will have an opportunity to enjoy the historical monuments, such as the Great Kremlin Palace and the Arsenal building, see the trophy weapons of the war of 1812 and admire the cathedrals on the territory of the Kremlin. The Arkhangelsky Cathedral is the burial place of the great Moscow princes and tsars. There are graves of Ivan Kalita, Dmitri Donskoi, Ivan the Terrible, Mikhail and Aleksey Romanovs in the cathedral. 47 tombstones and 2 shrines are located here. The walls of the cathedral are decorated with the unique portrait gallery of Moscow rulers and their glorious ancestors. The Uspensky Cathedral for many centuries has been the main temple of Russia. The official ceremonies of the Emperors coronations and other state important events took place here. Nowadays the visitors of the Uspensky Cathedral can see the magnificent iconostasis, one of the largest collections of ancient icons in Russia, the famous prayer place of Ivan the Terrible and a unique historical necropolis. The Annunciation Cathedral used to be the private temple of Moscow princes and tsars. It contains the valuable collection of monumental painting and a precious iconostasis. Some of the icons of the cathedral could have been painted by famous Feofan Grek and Andrey Rublev.

We will also visit the Armoury Museum. Its collections represent wealth of Russian tsars accumulated throughout the centuries. The fist mentioning of Armoury recorded in 1508 and it started to function as the storehouse for the Kremlin weaponry. However, within a few decades the structure had gained the added function of a workshop and a repository for all sorts of treasures of the Imperial court. In 1813 the Armoury building became an exhibition hall and a museum.

The collection of the Armoury is overwhelming. It contains such exhibits as the chalice of Yuri Dolgorukiy, the helm and armour of Boris Godunov, collection of over fifty Faberge eggs, golden and silver works of applied art by Russian, European and Oriental masters, invaluable weapons and other works made of precious metals and stones. Armoury also houses a Diamond Fund – a separate section under Ministry of Finances containing the most valuable gems of Russia.
Send request All excursions
5 hours | £90 per person
Appropriate Tours
This excursion can be added to the itinerary of the following tours
<> 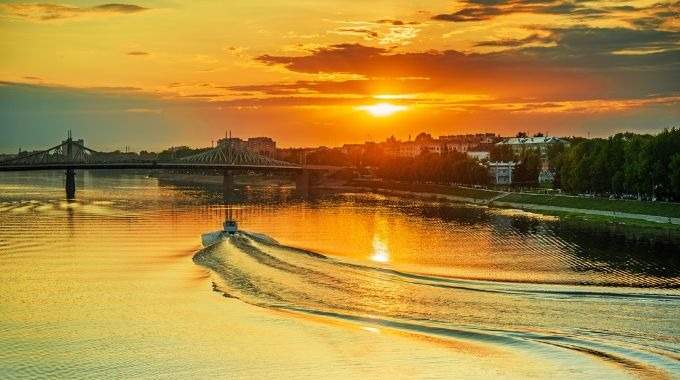 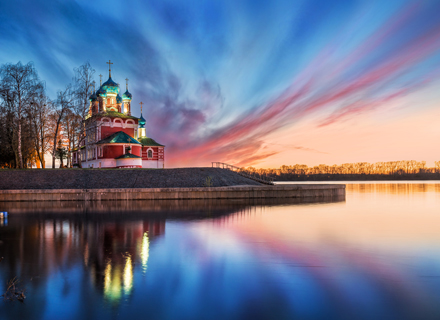 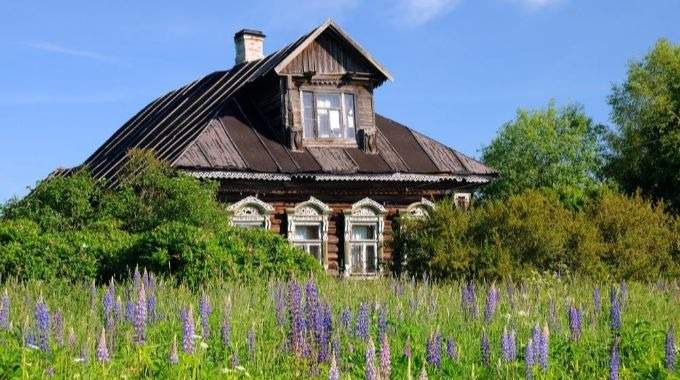 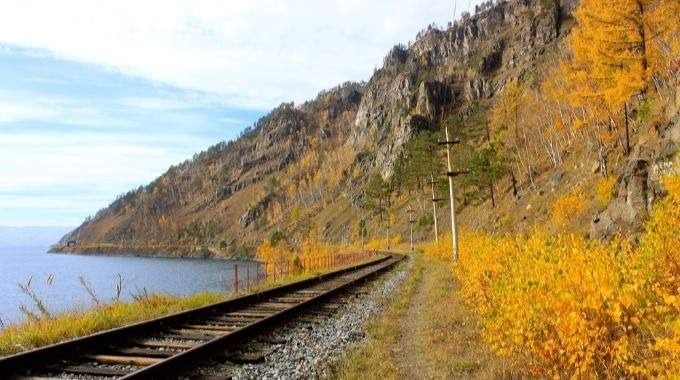 Highlights of Trans-Mongolian Railway: Irkutsk - Baikal - Mongolia - Beijing (TS-14) 12 days | 6 cities, from: £1,995 If you thought you needed weeks and weeks to ride the Trans-Mongolian railway, then we have good news for you. This 12 day trip enables those who are short on time to travel between Irkutsk and Beijing without missing any of the highlights of this fantastic journey.  We won't skimp on the sightseeing and it's also possible to arrange a Moscow stopover if you wish.