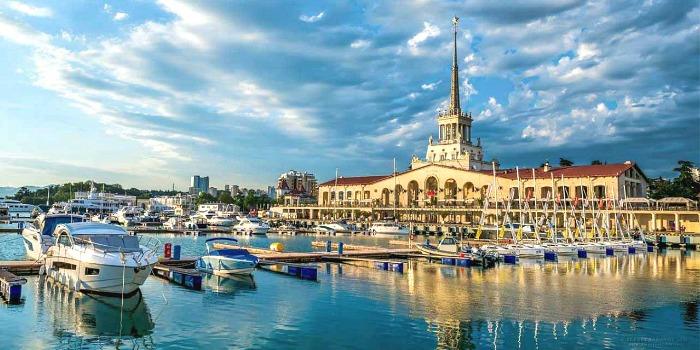 Previously little known to British visitors, the selection of Sochi to host the 2014 Winter Olympics put this city firmly on the tourist map. There’s much to see once you’ve visited the Olympic venues. And don’t be put off by the thought of snow: this city on the Caucasian Riviera is one of Russia’s most popular Black Sea resorts, one of the few places in the country to have a sub-tropical climate. In case you’re wondering how it was possible to host the Winter Games, the Alpine and Nordic events took place at the nearby ski resort of Roza Khutor, located at a much higher altitude.

While you’re there, make sure you take a city tour to visit Sochi’s art gallery, the monument to the second Russian-Turkish war and the main square where you’ll find the Winter Theatre. A short drive from the city you’ll find the mineral springs at Matsesta and at Zelenaya Roscha, the site of Joseph Stalin’s dacha, or summer home.