City Tour & Guided Visit to the Peter and Paul's Fortress 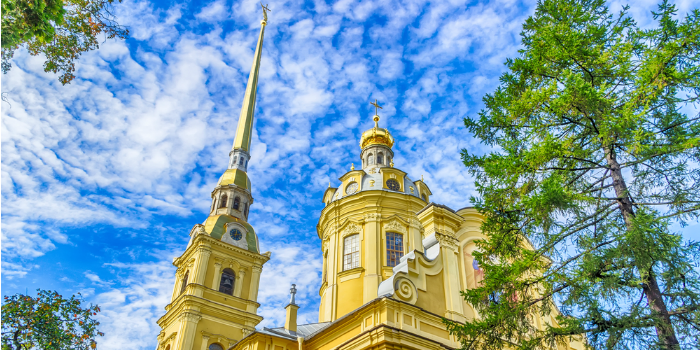 After your guided city tour around St. Petersburg you will visit Peter & Paul’s Fortress. Built on the small Hare Island to secure Russia’s position on the River Neva delta and in order to protect the Neva lands, regained during the Northern War, from possible attacks by Swedish troops, the Peter and Paul Fortress did not actually see the actual combat until 25 October 1917. For more than 200 years its cannons did no fire a single shot in a battle!

The sacred site in the fortress complex belongs to the Cathedral of Peter and Paul. The cathedral was built in 1713-1733 on the site of a wooden church founded in honour of apostles Peter and Paul. The design, by architect Tresini, features a gilded spire 122.5 meters high, which is a dominant feature of the city skyline.

The history of the fortress is a gruesome one with thousands of forced labourers died during its construction, building the fort in just seven months! And just after 10 years after its completion, fortress has been transformed into political prison. One of the first prisoners was Peter’s I son, Tzarevich Alexei, who was suspected in conspiracy against his father. He was tortured inside these walls and died in 1718. Other prominent figures imprisoned here include the first Russian aristocratic political dissident writer Alexander Radyshev, leaders of Decembrists uprising Bestuzhev-Rumin, Pestl and Ryleev, world famous novelist Dostoevskiy, Lenin’s brother Alexander, writer Gorky and many others.

Recently this doughty fortress-cum-prison has had many of its buildings converted into museums and features a splendid cathedral containing the tombs of the Romanov monarchs.
Send request All excursions
4 hours | £90 per person
Appropriate Tours
This excursion can be added to the itinerary of the following tours
<> 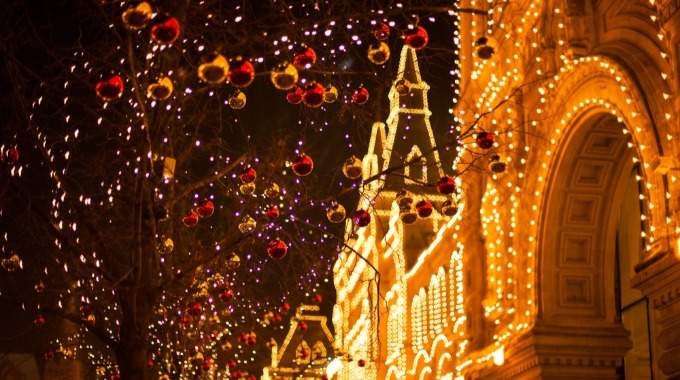 Winter Romance & New Year Fun in the Russian Capitals for Independent Travellers (CB-26) 8 days | 2 cities, from: £895 Come to Russia for New Year holidays and celebrate those fabulous days in St. Petersburg and Moscow at your own pace. We have arranged for you primary accommodation, all transfers, train travel between cities and the Russian visa. You are free to choose your own programme and explore both cities as you prefer. 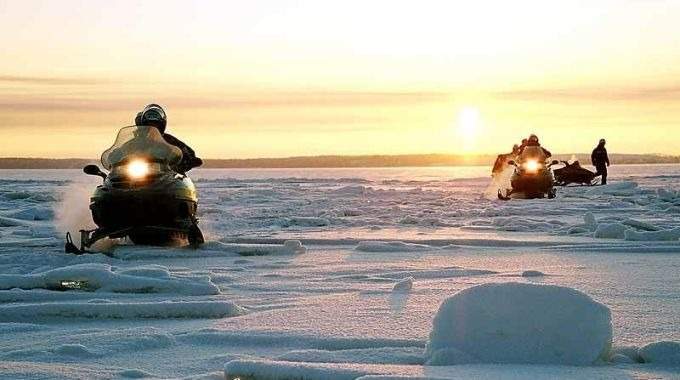 Snowmobile Safari to the Snowy Domes of Kizhi (KL-05) 6 days | 3 cities You will start this exciting 6-day tour from the beautiful “Venice of the North”, St. Petersburg. In a very short time you can take in the history and culture of this truly unique and memorable city and explore its major attractions. From there you will visit Karelia, in the Russian Northwest, with a vast areas covered in forests, thousands of rivers and lakes, two National Parks and several Nature Reserves. Among the numerous cultural sights of Karelia, Kizhi Island is the most famous, with a unique complex of wooden buildings, included in the UNESCO World Heritage List: a beautiful example of authentic Russian culture.

You will feel like a real arctic pioneer riding a snowmobile on the frozen lake of Onega, the second largest in Europe, through the surreal beauty of frozen desert covered with fluffy Russian snow – and there will be plenty of it, for sure, as well as unforgettable memories of your amazing holidays in the heart of the Russian North!