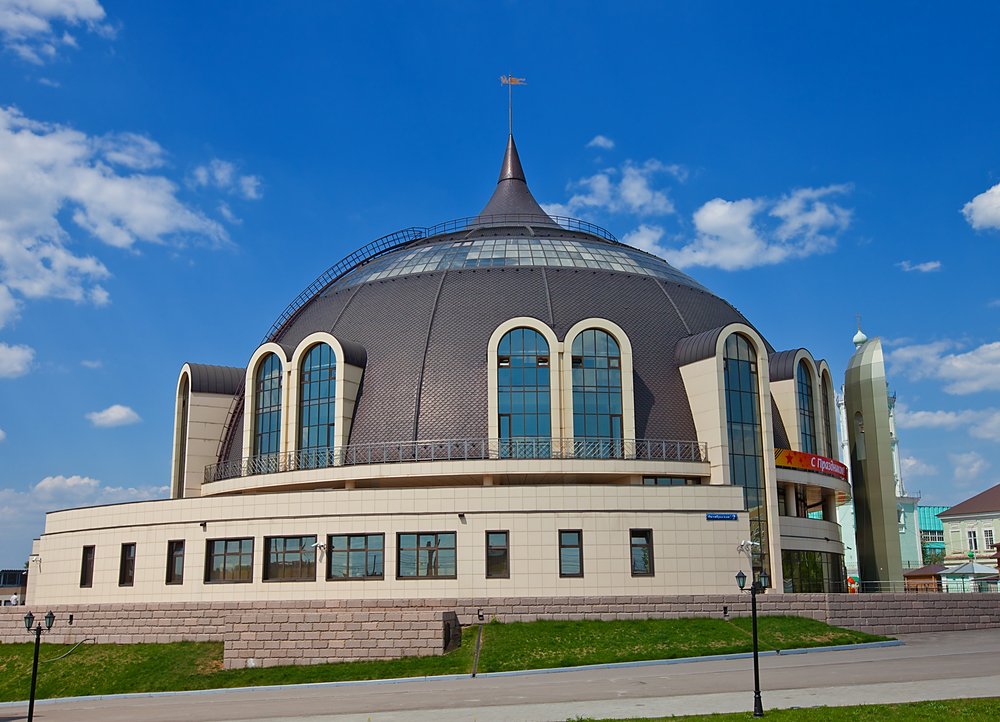 This is one of the oldest museums in Russia displaying evolution of weapons from the end of the XVI century to our days. The exhibition features not only Russian weapons but also arms from the Western Europe and North America. The museum houses a large collection of weapons, created by Mosin, aircraft machine guns and cannons, small arms and cannons. There are also rare examples of sporting and hunting guns on display.

The history of serial arms production in Tula begins in 1712 when the Tsar Peter the Great founded the first Russian state-owned arms factory. And in 1724, the Senate approved Peter’s decree that old cannons and fuzei should not be transfused or spoiled but rather taken in the arsenal to maintain, following which the Tula arms factory began to collect weapon samples. And in 1775 by order of Catherine II the House of Rare and Exemplary Weapons was created and this marked the beginning of the factory museum. However it was open to public only in 1924, and before that the exposition could be visited only by ministers, generals, members of the tsar family, and foreign guests.

During the WWII the museum was evacuated to the Urals returning to Tula only on 12 December 1945. Nowadays the museum is located in a former Epiphany Cathedral in the Tula Kremlin. A new building of the Tula Museum of Weapons is under construcion on the waterfront of the river Upa.

In contrast to the Hermitage in St. Petersburg and the Armory in Moscow where the Tula weapons are represented mainly by artistic samples, Tula State Museum of Weapons has a collection of Tula arms from the period of Peter the Great to the present day.