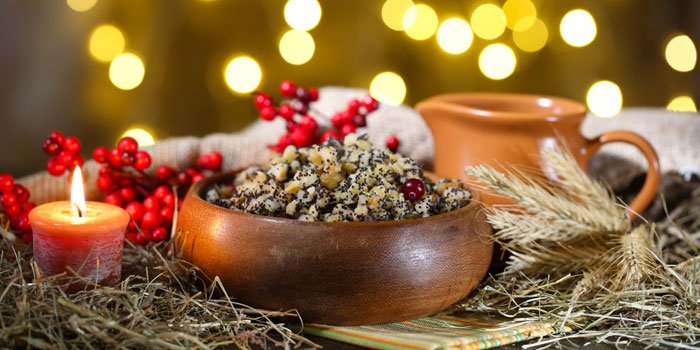 Christmas comes late to Russia, which marks this seasonal holiday on January 7th, rather than in December as does the West. Most years there’s snow on the ground, which adds to the festive feel – we all know there’s nothing quite as magical as a white Christmas. It marks the end of forty days of abstention from meat and dairy products. The proceedings kick off the night before with a church mass and then a huge dinner for family and friends.

Borscht (beetroot soup), stuffed dumplings, salads, sauerkraut and roast goose cooked with a thick layer of sour cream sauce are traditionally served. A thick porridge known as kutya or sochivo is eaten from a shared bowl; it’s customary to chuck a spoonful at the ceiling. It’s considered good luck if it sticks, though probably not by the person tasked with cleaning it off afterwards. Fortunately, as a guest, that’s not going to be you, so grab a flute of champagne or a shot of vodka and raise your glass to the poor unfortunate that gets the job!