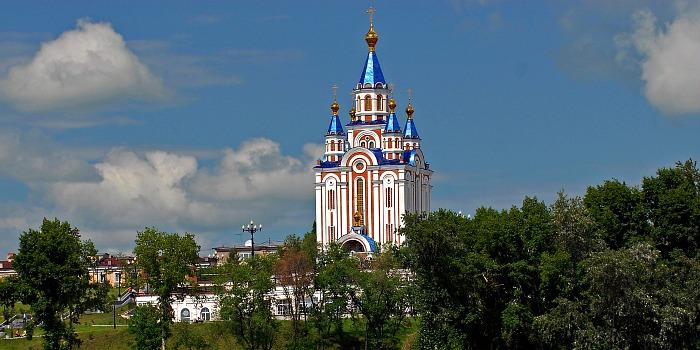 Khabarovsk – the industrial, transport, and administrative and cultural center – was founded in 1858 as a military outpost for defense of the Russian-Chinese border and named in honor of Yerofei Khabarov the Russian explorer of Siberia and the Far East. It stretches for 45 km along the bank of the Amur River – the main waterway of the Far East and one of the biggest Russian rivers. Khabarovsk is a large port famous for its «river-sea» operations.