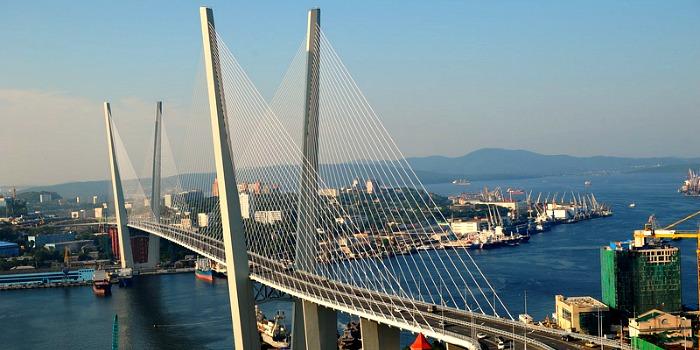 Vladivostok is the administrative, cultural and scientific center of Russia in the Far East situated along the coast of the Pacific Ocean in the beautiful bay of the Golden Horn. The history of the city began in 1860 when the Russian warship «the Manchur» anchored in the bay of the Amur Gulf. It became the main Russian port on the Pacific Ocean in 1873. Now it is main naval base of the Russian Pacific Fleet. Today Vladivostok it is the capital of the Primorsky region (the Maritime Territory) of Russia. Due to its advantageous location in close proximity of China, Korea, and Japan, it plays important role as a center of political and business contacts of Russia in the Far East.