Veliky Novgorod is one of the most ancient cities of Russia. Its history dates back to the middle of the 9th century.

Founded as a political centre of Slavic and Fino-Ugric tribes who controlled vast territories stretching up from the Baltic lands in the West to the Ural Mountains in the East, Viliky Novgorod was the second most important centre in Kievan Rus (the first organized state located on the lands of modern Russia, Ukraine and Belarus). It is believed that when the state of Kievan Rus was still being established, the Novgorodians invited the Scandinavian prince Rurik to keep law and order there. It is the Rurik dynasty that ruled the Russian lands for more than 750 years before the Romanovs ascended to the throne. 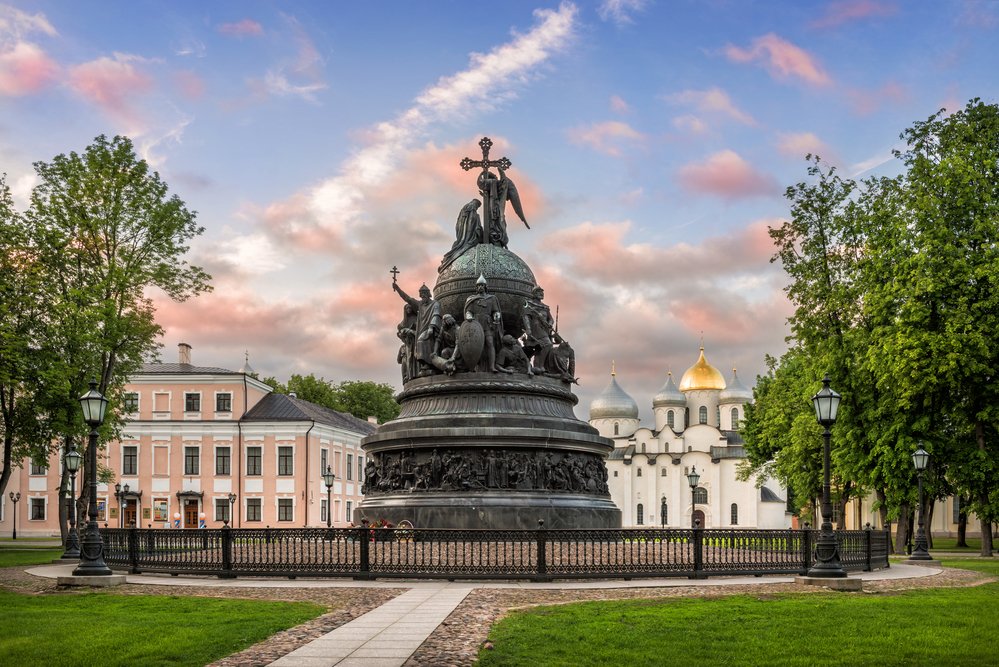 Due to its geographical location, Novgorod also operated as an international trade centre on the Baltic-Volga commercial route that tied northern Europe with Asia.

The city also played a big role in spreading and promoting the Orthodoxy. It is in the middle of the 12th century when the Novgorod Bishops were given the status of Archbishops which enabled them to become the most powerful in the Russian Orthodoxy. Novgorod was one of Russia's major centres of literacy and publishing.

The history of Veliky Novgorod is also closely linked to the republican and democratic traditions. In the period of 1136 -1478 all important decisions on city’s life were made by the "veche" - an ancient parliament that included representatives from various Novgorodian tribes. The distinctive political structure and historical territorial independence has enabled Veliky Novgorod’s culture to flourish.

Nowadays, Veliky Novgorod is known as one of the major cultural centres of the country. The city is interesting for its architectural and historical traditions. The Novgorodian school of icon-painting, fresco painting, jeweller’s and decorative applied arts are famous all over the world.


HIGHLIGHTS & SIGHTSEEING IN NOVGOROD THE GREAT

The Kremlin in Great Novgorod is one of the oldest standing Russian constructions and the Kremlin's history is linked with the fate of Great Novgorod. The Kremlin is situated in the very heart of the city and used to be the political, religious and cultural centre of 'Novgorod Land'.

The construction of the ancient fortification is thought to have begun in 1044 AD when 'Great Novgorod' was being developed. Unfortunately, very little of the 1000 year old building remains today. However, at the end of the 15th Century when Ivan the Great conquered the city the grand reconstruction of the Novgorod Kremlin began. Hence, the Kremlin we can see today was mainly built at the end of the 15th century and is a mere 600 years old. Luckily, the majority of the Kremlin's twelve towers still stand and as these were built over a long period of time they reflect the development of contemporary architectural tastes.

The Kremlin's appearance and history remain impressive to this day and the Kremlin itself now consists of a museum and a series of ancient churches.

St. Sophia Cathedral - located in the grounds of the Great Novgorod Kremlin - is the most ancient religious building in Russia.

In 988 AD, Prince Vladimir decided that the kingdom of Kievan Rus should move away from paganism to Christianity under the Byzantine tradition. At this time all pagan idols within Kievan Rus became forbidden. By 1045 AD, construction of the first Christian cathedral began. The design of the cathedral was meant to resemble the main Orthodox Church in Constantinople. The cathedral was named St Sophia from the ancient Greek for 'wisdom'.

For nearly 10 centuries, the religious and civil life of Great Novgorod has been connected with the cathedral.

Nowadays, in St. Sophia Cathedral you can still see frescoes from the eleventh and twelfth centuries and religious icons and artifacts dating from the fourteenth to seventeenth centuries, as well as other Byzantine and Western European object of art. Since 1991 the cathedral has played host to one of the more important Russian national relics — the icon of 'Our Lady of the Sign'.